SAU Will Improve The Battery Technology of The 2030s 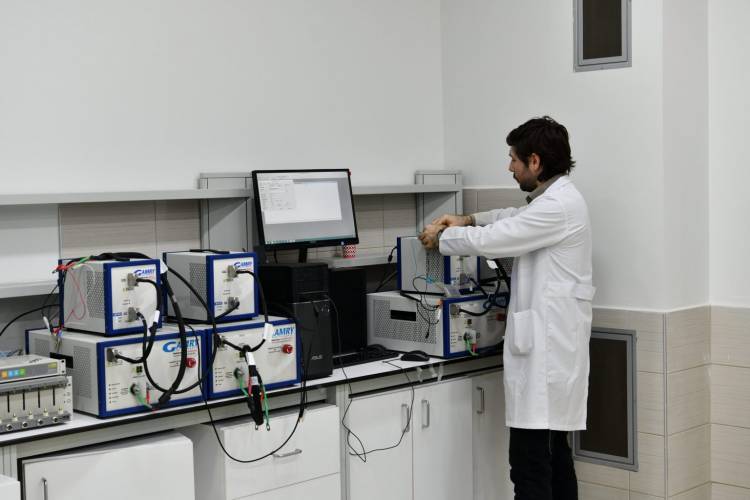 SAU Will Improve the Battery Technology of the 2030s

Sakarya University will produce batteries that can be used in many fields such as unmanned automobile vehicles (UAV) and electric, domestic and national facilities.

The project titled “Lithium Sulfur Batteries with High Energy Density for Built-in Applications” submitted under the coordination of SAU within the scope of the European Union (EU) Horizon 2020 program, was deemed worthy of support by the EU. With the project aiming to ensure the domestic production of the components used in energy technologies and to develop the domestic industry, it is aimed to reduce the external dependency in the field of batteries in the energy sector.

Working at SAU Metallurgy and Materials Engineering and SAU Research and Application Center (SARGEM), Dr. The project, which will be carried out under the coordination of Mahmud Tokur, was entitled to be supported with 980 thousand Euros from the 22.5 million Euros allocated by the EU in this field. In the project in which the companies "Graphene Batteries" from Norway and "Pulsedeon" from Finland took place in the consortium, Dr. While Mahmud Tokur is the youngest coordinator to receive support, Prof. Dr. Hatem Akbulut and Assoc. Dr. Tuğrul Çetinkaya is a researcher and Abdulkadir Kızılaslan is an assistant researcher.
High energy lithium-sulfur batteries will be produced.

The project received a positive response from the call made by more than 300 organizations from 18 different countries within the scope of the "ERA-Net Smart Energy Systems" program. Within the scope of the project, high energy density lithium-sulfur batteries with extremely strategic importance will be produced, which are the favorite of the Turkish Defense Industry, which can have the potential to be used in energy storage systems of high-altitude long-life UAVs.

Battery infrastructure in SAU is limited in the world